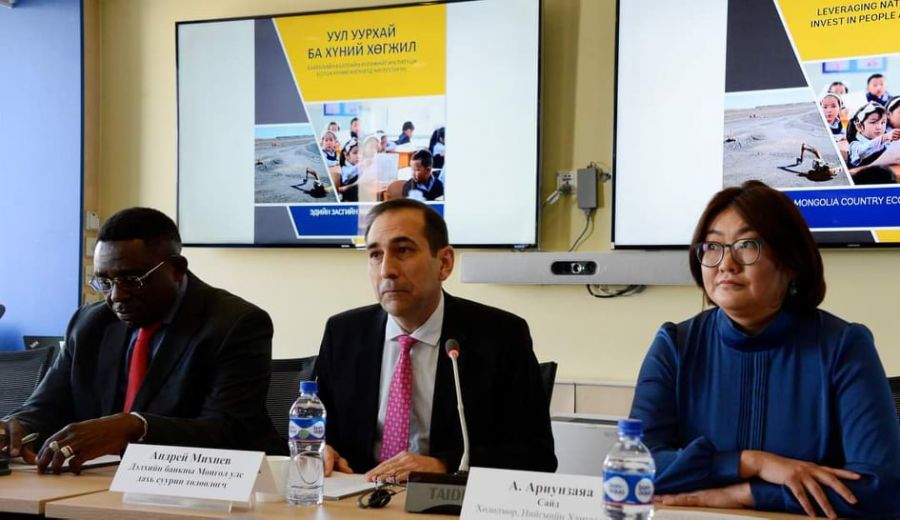 A new report by the World Bank estimates that out of every dollar in mineral revenues Mongolia has generated over the past 20 years, only one cent has been saved for future generations. The report argues that to break this cycle, Mongolia should use its mineral wealth to invest in people and institutions, while gradually reducing its dependence on the sector.

This is particularly true as demand for key minerals is likely to tumble due to climate change concerns, a shift of investors’ preference toward sustainability, China’s ambitious goal to reduce coal consumption, and persistence of the COVID-19 shock, according to Mongolia’s Mines and Minds, the World Bank’s September 2020 Country Economic Memorandum for Mongolia.

Since the advent of large-scale mining in 2004, Mongolia’s economy has grown at an average rate of 7.2 percent per year, making it one of the fastest-growing economies in the world. Growth has translated to rapid decline - although at times partly reversed - in the incidence of poverty and improved quality of life. The report also notes that Mongolia enjoys relatively strong human capital, and its infrastructure capital has improved for the last few decades, though remains scarce given the size of the country and low population density. This performance has been made partly possible through a generous but inefficient social assistance system and a large public investment program supported by mineral revenues and external borrowing.

However, a number of enduring challenges have grown in the shadow of this success. Mongolia’s rapid growth has been obscured by its extreme macroeconomic volatility and frequent boom and bust cycles. Growth has almost entirely come through capital accumulation and the intensive use of natural capital rather than through sustained productivity growth. Meanwhile, the country has not only consumed almost all its mineral outputs, but has also borrowed heavily against them, bequeathing negative wealth to the next generation.

The report recommends key policy actions to build the foundation of a diversified and sustainably growing economy.